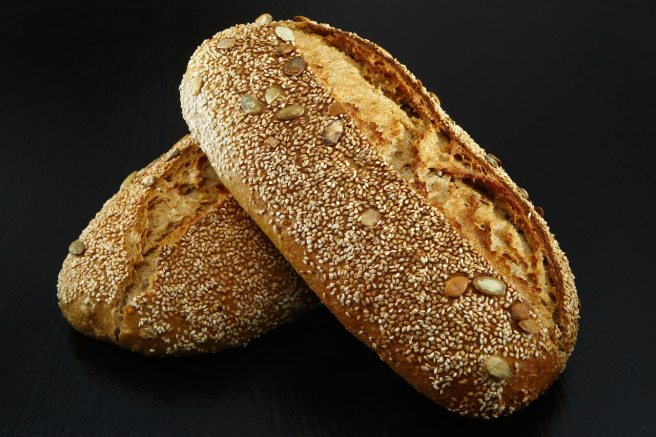 Matthew 4:1-4 KJV
1  Then was Jesus led up of the Spirit into the wilderness to be tempted of the devil.
2  And when he had fasted forty days and forty nights, he was afterward an hungred.
3  And when the tempter came to him, he said, If thou be the Son of God, command that these stones be made bread.
4  But he answered and said, It is written, Man shall not live by bread alone, but by every word that proceedeth out of the mouth of God.(emphasis mine)

***I believe in fasting, however, it should be done with some caution.  Not everyone should fast especially if have a medical situation such as, diabetes.  If you have medical issues it is best that you speak to your physician before attempting any type of fast.***

Fasting is an issue that will get you many scoffers.  It is something that this present generation knows little about, for it is been silenced in the pulpits of North America.

There are many types of fasts, such as, “The Daniel Fast”, water only fast, water and food until sundown fast, and no water and food whatsover.  Fasting should be to one’s own convictions.

However, fasting is not the subject that I would like to draw your attention to.  It is what Christ answered the tempter with., “It is written, Man shall not live by bread alone, but by every word that proceedeth out of the mouth of God”.

God spoke His word in many ways to His people, by an angel, a burning bush, the Levite Priest, the prophets of old, and the Apostles of the New Testament Church.  He still speaks His Word, through the written Word, and also by the leading of the Holy Spirit.  One though must be in a receiving mode to receive His Word, for it is spiritual and not carnal.

Isaiah 55:  KJV
9  For as the heavens are higher than the earth, so are my ways higher than your ways, and my thoughts than your thoughts.

Romans 8:   KJV
1  There is therefore now no condemnation to them which are in Christ Jesus, who walk not after the flesh, but after the Spirit.
2  For the law of the Spirit of life in Christ Jesus hath made me free from the law of sin and death.
3  For what the law could not do, in that it was weak through the flesh, God sending his own Son in the likeness of sinful flesh, and for sin, condemned sin in the flesh:
4  That the righteousness of the law might be fulfilled in us, who walk not after the flesh, but after the Spirit.
5  For they that are after the flesh do mind the things of the flesh; but they that are after the Spirit the things of the Spirit.
6  For to be carnally minded is death; but to be spiritually minded is life and peace.
7  Because the carnal mind is enmity against God: for it is not subject to the law of God, neither indeed can be.
8  So then they that are in the flesh cannot please God.
9  But ye are not in the flesh, but in the Spirit, if so be that the Spirit of God dwell in you. Now if any man have not the Spirit of Christ, he is none of his.
10  And if Christ be in you, the body is dead because of sin; but the Spirit is life because of righteousness.
11  But if the Spirit of him that raised up Jesus from the dead dwell in you, he that raised up Christ from the dead shall also quicken your mortal bodies by his Spirit that dwelleth in you.

Sometimes the Word of God grates against what we want to do, it sometimes seems so foolish.

1 Corinthians 1:   KJV
18  For the preaching of the cross is to them that perish foolishness; but unto us which are saved it is the power of God.
19  For it is written, I will destroy the wisdom of the wise, and will bring to nothing the understanding of the prudent.
20  Where is the wise? where is the scribe? where is the disputer of this world? hath not God made foolish the wisdom of this world?
21  For after that in the wisdom of God the world by wisdom knew not God, it pleased God by the foolishness of preaching to save them that believe.
22  For the Jews require a sign, and the Greeks seek after wisdom:
23  But we preach Christ crucified, unto the Jews a stumblingblock, and unto the Greeks foolishness;
24  But unto them which are called, both Jews and Greeks, Christ the power of God, and the wisdom of God.
25  Because the foolishness of God is wiser than men; and the weakness of God is stronger than men.
26  For ye see your calling, brethren, how that not many wise men after the flesh, not many mighty, not many noble, are called:
27  But God hath chosen the foolish things of the world to confound the wise; and God hath chosen the weak things of the world to confound the things which are mighty;

Many times in my ministry I would have missed what the Word was saying if it were not for something within me that spoke differently.  A preacher once said, “God doesn’t always speak with a thunder clap”.  There have been times when I would have something ready before I left my home to minister, yet, I would go to the pulpit and would find myself turning to a completely different portion of the Word and a totally different focus on a subject.  Thinking to myself afterwards that I had missed the mark only to have a person come up to me and say, “Pastor that was just for me, I needed that”.

One time I had just bought a new song book filled with some songs I wanted to learn.  At that time I did not have a piano in my home.  So, I went to the church early, sat at the piano and started to sing one song in particular that was quite popular on the southern Gospel charts, “Oh, For A Thousand Tongues to Sing”.  Well I started to practice and after awhile I was totally lost in the song forgetting about the time.  I could feel the presence of the Holy Spirit.  Sometime had past and I became aware of my situation and of the time on the clock.  I stopped singing, turned around to the congregation, what I saw totally floored me and left me totally amazed.  I saw people lost in worship, some standing with hands uplifted, some kneeling in their seats, others at the altar.  All ages were caught up in the spirit of worship.  I never did preach that Sunday evening.  I dismissed the congregation and turned and started singing the song again.  People didn’t get up to go home they just continued in the same spirit. The message of that one song was the word that God wanted for those people at that specific time and place.  I have never forgot that evening.

Oh, I realize that many pastors are controlled by a program, a board, and a fussy congregation that wants everything done in order and on time.  They want to get out of the church, head for their favorite restaurant, or go to their local golf club to hit a few balls.  Sometimes, God would have us throw out the program and totally give way to His’ will.

When I was travelling with that evangelist were were in the city of Cincinatti, Ohio and I was at the organ.  I was asked to sing a certain song and proceeded to do so.  In the midst of the song, which was not an altar call song, a man jumped up out of his seat ran down the middle isle and told the evangelist he wanted to be born again.  That song was a word for that man that day.

Maybe the word you have to share might be to cook a little extra for dinner that night and take a plate to the shutin that lives on your street.  It may also be to speak a thought of kindness to someone that is having a really tough day.  God can use us in ways that does not always find us quoting the Scriptures.

Please take time a study the thirteeneth chapter of the Book of First Corinthians where Paul says this:

I have learned these lessons way too late in life for I was to absorbed in what I wanted.  Too much of being in a hurry, sometimes sharp with my words.  I have learned that I cannot live except by every Word that proceeds out of the mouth of God.

An attempted suicide survivor. Diagnosed bi-polar in 2004. My blog is my journey to achieve "Great Mental Health". View all posts by rts - Facing the Challenges of Mental Health