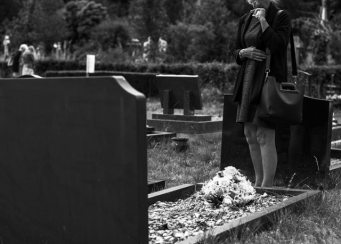 18 and he ordered that the people of Judah be taught this song. It is called “The Bow,” and it is written in the Book of Jashar:

In 1999 I received a phone call with news that my mother was gravely ill.  It was the Christmas season and had just lost all of the joyous attitude that was in me.  Hanging up the phone I started making plans for a long bus ride from my home in Saskatchewan, Canada to Ontario.

Mom had suffered a stroke in the fall of that year with only minor effects afterwards, basically she lost some of her hearing in one ear.  Now she laid in a hospital in a induced coma.  Her diagnosis was her heart and her lungs.  The worst of the two being her lungs.  The specialist described her lungs like the plastic wrap with all of those little air pockets that we love to pop.  Her lungs were pressing against her heart.  They tried several times to move her to perform a CRT scan.  While in the progress of moving her, she would suffer cardiac arrest.

I finally reached Ontario and I rested for a couple of days before heading to the hospital in London, Ontario.  The nurses showed me to her room, I went in and had to turn around and leave due to the fact of how she looked.  She was three times her size due to swelling.  As I left her room and started to walk in the hall I felt someone push a chair against the back of my knees causing me to fall back into the chair.  I asked why the nurse did that.  The response was ‘I could tell you were ready to faint’.  I told that nurse he was correct.  He said that is a common reaction when relatives see their love ones in intensive care unit.

That was around the second week of January.  We kept a vigil around her.  Finally the specialist called us together in a conferance room, showed us some x-rays of her lungs and said there was nothing more they could do.  Mom passed away February 11, 2000.  Her celebration of life was held February 14, 2000, I conducted it.

Jump forward four years and the news reaches me that my maternal grandmother had passed away.  Granny was there in attendance concerning my mother.  A mother she never have to outlive a child of their.  She was never the same those four years following the death of her oldest child.

This was the overflow for me realising my grandmother was gone.  I was very close to her.  My summer holidays usually was spent there.  Not sure why, there was no television, video games, really nothing that a child would want to do, yet, I loved being there.

Now, I am at the pinnacle of my depression, and more suicidal thoughts.  I withrew from activities that I loved.  Reading, working on my computer, even cooking and eating.  I would cry at the oddest times, anger would erupt over the minor words.

Thus, my journey of many admissions to the mental health unit to deal with depression and all of it’s tenacles such as, grief, anger, and much more.

I learned everyone reacts differently to all of the above.  It really takes working with the professioanls God has given us to begin resolving all of our issues in life.  For every issue God has spoken about it in the Scriptures.

The following verse now holds a greater meaning to me looking back on these past nineteen years.

Psa 30:5 MSG
5 [The] nights of crying your eyes out give way to days of laughter.

I now look back at the passing of my mother and grandmother and I smile.  All the things they taught me, the joys I had spending time with both of them.

Reader, do not allow grief to paralyze you.  Seek help, talk to someone, on the other side you will be much stronger as a person.

I am a former Minister. I also am a Gospel Piano Player and Singer. An attempted suicide survivor. Diagnosed bi-polar in 2004. My blog is my journey to achieve "Great Mental Health". View all posts by rts - Facing the Challenges of Mental Health